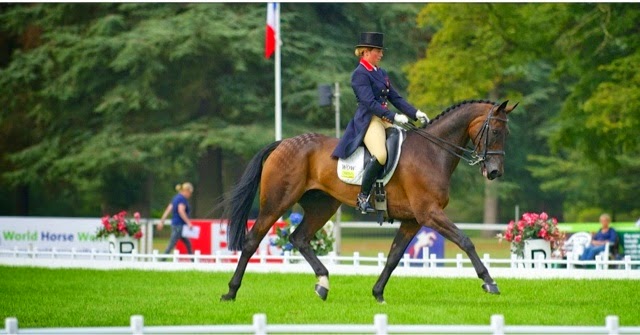 I just had Persimmon doing the CCI*** at Blenheim, after his couple of hiccups at his pervious CCI***’s in the spring the original plan was to contest in the CIC*** for 8 and 9 year olds as I felt he could do with a confidence boost. However after him storming round Wellington Advanced and feeling on top form Persimmons owners and I decided to move him to the main class.

He did a fantastic test and only made a couple of very small mistakes. He coped with the atmospheric arena really well and did some lovely expensive work. All three of the judges marked him very evenly and he scored a very competitive 38.2 which left us in 6th place going into the cross country.
Watch our test here:

The cross country was in typical Blenheim style, it was big and bold and had plenty of tricky combinations on it to catch you out. Persimmon gave me a fabulous ride round though and was near on foot perfect everywhere. As he wasn’t   prepared for the CCI until only a few weeks before it started I felt he lacked a gallop or two so I was a little concerned with his fitness as Blenheim is hilly and long course. Due to this I just took him at a sensible pace and gave him a little time to fill his lungs at the tops of the hills. I needn’t have worried though as he was plenty fit enough and finished full of running, so a rather large lesson learnt, I have my horses far fitter than I think and probably don’t need to do as much canter work as I believe I need to. He finished with 6.4 time faults which put us in equal 6th with Vittoria Pannizon. After Persimmons blips in the spring I couldn’t have been happier with the way he jumped round and he felt very much back to his best!
Watch our round here: 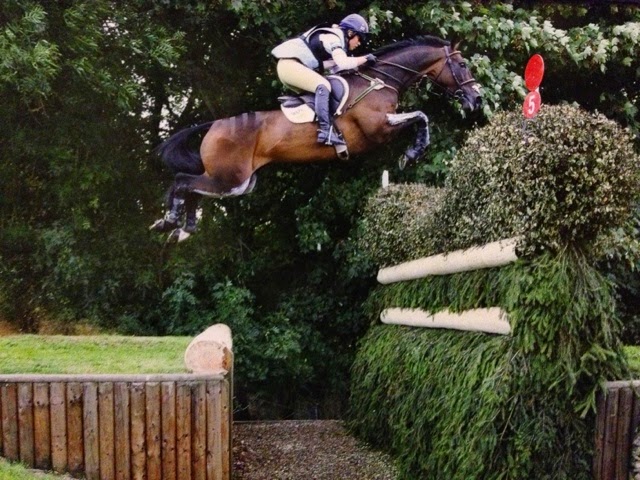 On the Sunday morning Persimmon trotted up really well and felt really jolly when I have him a little loosen up and jump in the morning. We then jumped in the afternoon. Persimmon jumped a beautiful round and didn’t look like touching a twig, but unfortunately he went a little green when he had to jump towards the members enclosure over the second last and just lost a little concentrating which resulted in us having it down. It was a disappointment to have a fence down when he had been jumped superbly but he is still very young and will have learnt a huge amount from it. The show jumping caused plenty of trouble so we maintained our 6th place.
Watch our round here: 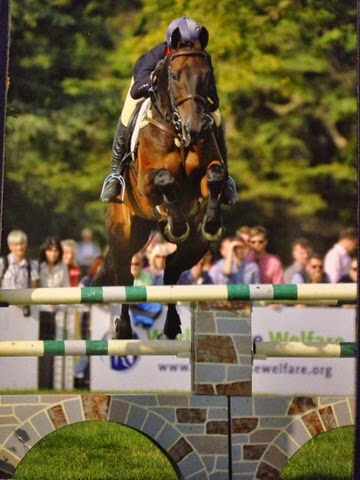 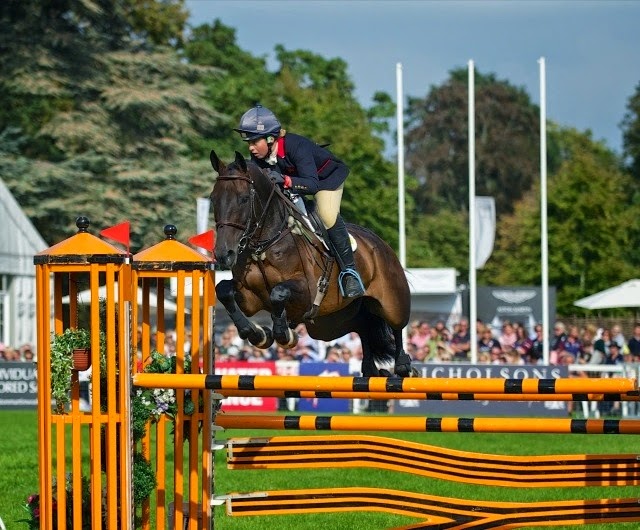 I couldn’t have been more delighted with Persimmon and his performance over the entire week. He tried his up most through out and felt absolutely fantastic. Having not thought he would be ready to step back up to CCI*** level in July to come to Blenheim and finish 6th in September and to do it in such a classy way made me feel extremely proud of him. He is now going to have a well earned holiday.