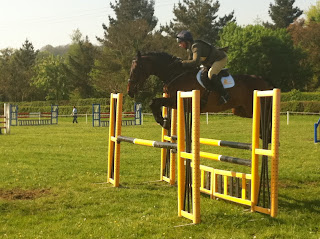 I had three horse’s at Broadway, Persimmon was competing in his first Novice and Amsterdam was doing his first BE100. Eros Moon was also competing in the BE100.

Persimmon did a very nice test, but was a little green in places and scored a very respectable 33, he then went on to jump a great double clear which was fantastic for his first Novice. I only went slowly as it was so firm so we finished out of the money.

Persimmon in the Show Jumping
Eros Moon went very well in the BE100 ﻿to score 24 in the dressage, he was then unlucky to have one down show jumping but did a lovely round cross country to finish 4th. 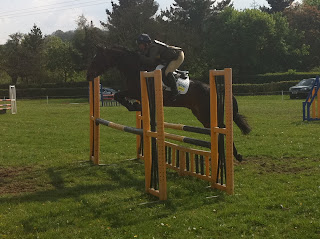 Amsterdam went brilliantly in his first event to score the fantastic mark of 21 in the dressage, he to had one down, but jumped very well. He was then a little green cross country and did a nice but steady clear to finish 8th. Watch him through the water at 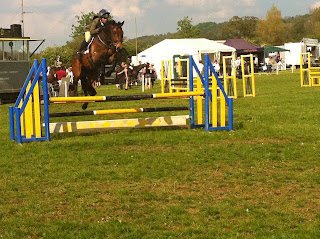