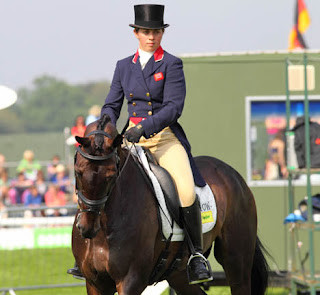 High Havoc was doing his first ever CCI**** at Burghley and made it one to remember, not always for the best reasons!! He did a great test and scored very well in his trot work, he even received a 9!! His canter is still a little green at this level and he had a little break in his walk, which kept his final score down. He scored a very respectable 50.3 which left him in the top quarter.

Watch our test by following this link:
http://www.youtube.com/BurghleyTV#p/u/159/rBzEqIPZavE 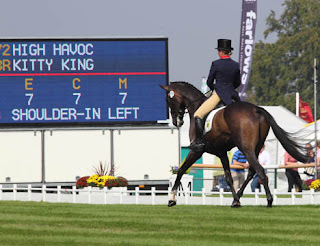 High Havoc then was absolutely fantastic cross country and flew round, you would never have known it was his first attempt at this level. He was near on foot perfect the whole way round. He had a few time faults, due to me managing to stop my stop watch only a minute into the course!! It wasn’t the most technical course, but definitely the biggest track I have ever jumped round. I now know for sure that I have a true four star horse which is very very exciting!! 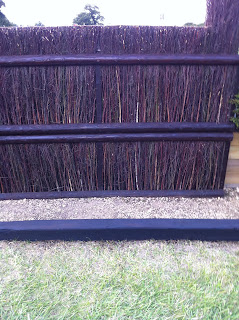 The biggest cross country fence ever built!!
Watch our cross country round by following this link:
http://www.youtube.com/BurghleyTV#p/u/82/X_rwc7eOfas 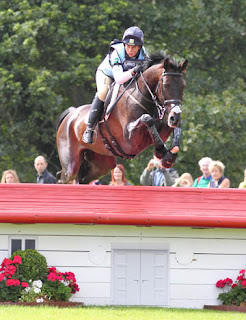 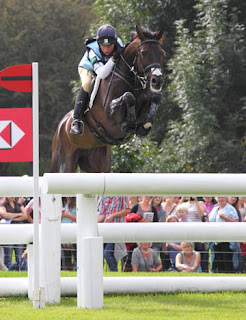 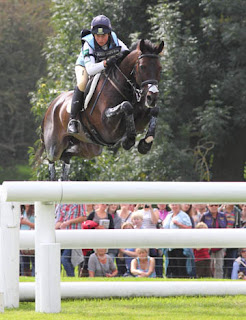 After everything going so well in the first two phases I really was hoping for at least a top twenty finish as High Havoc is normally such a reliable show jumper, rarely having a pole down. It wasn’t to be however. We were one of the first to jump after the lunch break and during a massive down pour. The ground became very slippy and wet on top. High Havoc warmed up well and went in the arena feeling good. He jumped the first three very well but disaster struck at fence four, as he went to take off he lost his back end and slipped through the fence sat on his bottom. As he is such a careful horse this shattered his confidence, both in himself and the ground. He jumped a few more but really wasn’t happy and making the ground up through the treble and had another stop, which unfortunately eliminated us.

So it was almost the dream debut, but not quite. After having a few days off I gave High Havoc a jump at home to check he hadn’t lost his confidence too much. He jumped very happily and is now having a well deserved holiday.