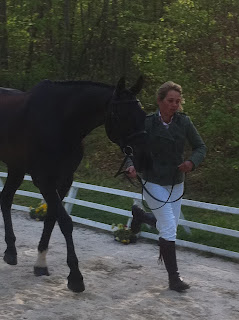 High Havoc went out to Compiegne at the beginning of April to regain his two star qualification ready for Tattersalls CCI*** He did a lovely test to score 50 and to be in 11th place after this phase. The cross country was very twisty and very testing. It had plenty of technical questions and was on the big side to.

BB went very well cross country and gave me a fabulous ride, being very straight and jumping in a lovely rhythm out of his stride. Unfortunately we had a silly run out at the second last which was a real shame and very frustrating as he had gone so well.

I was hoping we would redeem ourselves in the showjumping with a nice clear as he is such a consistent jumper. However this wasn’t to be and he had three down, all behind which was really unlike him. We later discovered when we got him home that he had put his back out, which hopefully explains his slightly disappointing performance. However none of it was the end of the world as we still gained our qualifying result. 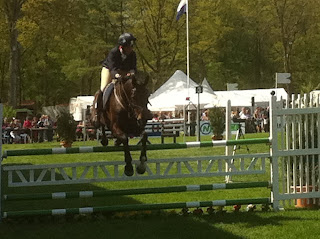