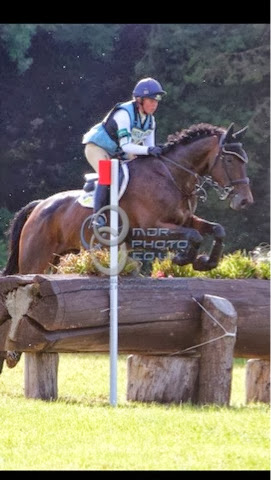 After an enforced break from the 23rd July due to breaking my wrist at home Gatcombe was my first run back. It was super to be back eventing and the horses felt on fabulous form thanks to my amazing team who kept them all going whilst I was off.

I had Mo Cuiske and Ceylor LAN in the Intermediate, Caeleste in the CIC* and Persimmon in the CIC**.
Mo Cuiske was a star and the break from competition seems to have done him the world of good. Having got a little wound up in the dressage at Barbury which was he last run it was fantastic to having him feeling so relaxed. He did his best test to date and scored a 24.6 and led his section, he then jumped a very confident double clear not feeling rusty at all. We picked up a few annoying time faults, I don’t think I had quite blown my cobwebs away!! This left us in 2nd place which I was thrilled with.

Ceylor LAN at only six was fab, I was worried he might have felt green and forgotten all the things he had learnt, but I needn’t have worried. He did a lovely test and led his section on 25.5, he also jumped a very confident double clear. I picked up a handful of time faults as he is rather large round the twists and turns of Gatcombe. Even with these he still finished 4th, which was a perfect final run before Osberton. 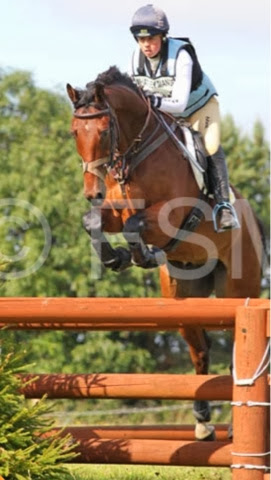 Caeleste warmed up amazingly for her CIC* test, but unfortunately got rather destructed in her test. Her arena was the closest to the cross country and after hearing the whistles and horses thundering past she struggled to settle and concentrate. This was a huge disappointment as she showed so much promise. I didn’t take her back to jump on the Sunday as she had an entry for South of England the following weekend and I felt it would be good for her not to go cross country having got wound up about it in the dressage.
Persimmon was on fantastic form all weekend, he did a brilliant test to lie in 3rd place with a 39.7.
We ran cross country before the show jumping in this class. The cross country although not particularly big was technical and causing a lot of trouble, Persimmon was great though and flew round to take the lead. Watch our round by following this link:

The show jumping was run in reverse order of merit and we didn’t have a fence in hand over the 2nd placed horse. Persimmon was feeling as fresh as a daisy and didn’t even breath on a pole, in doing so he retained his CIC** title that he won last year. Watch our round by following this link: 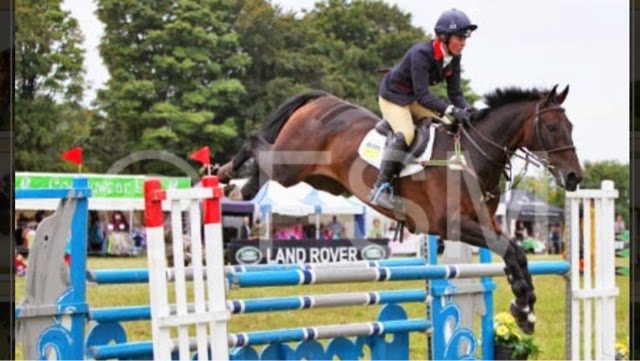 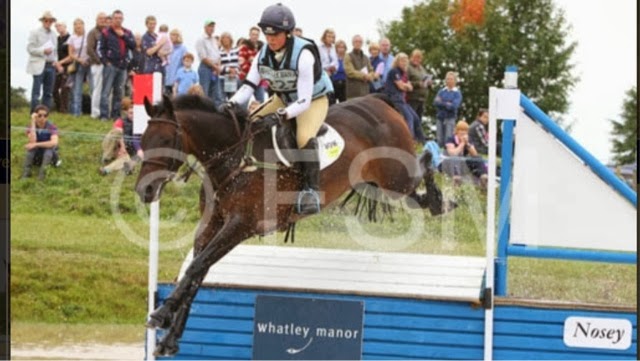 All I can say is what an amazing first event back and thank you so much to all my owners and sponsors for being so supportive and understanding whilst I was off and for my team at home for keeping the horses in tip top condition.