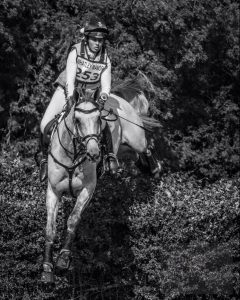 At Gatcombe I had Vendredi Biats and Billy Bounce in the CIC**, Virage Des Falaises in the Intermediate and Snow Wind in the Novice.

Vendredi Baits did a super test and what I thought was his best to date so I was rather disappointed when he only scored 47.2 which put us in 14th out of over 80 starters.

At Gatcombe the CIC runs in the unusual format for a one day event in that the cross country runs before the show jumping. Vendredi Biats was a star cross country and gave me a great ride to pick up just 1.6 time faults to move up to 4th after the cross country. Watch our round here: 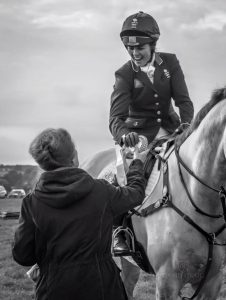 The show jumping was done in reverse order and he jumped an immaculate clear to move up to 2nd place and missed winning by just 0.1 of a penalty! Watch our round here:

Billy Bounce warmed up really well for his dressage but we made rather a few annoying mistakes in our test. He did some lovely work but moving out of halt early and breaking in the walk was little expensive! He scored 52.5 which left us about half way down the order. 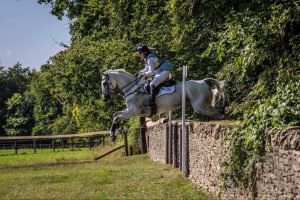 He flew round the cross country finding it all easy, he was a little keen at the start of the course so we picked up 4 time faults to sit just outside the top ten. Watch our round here:

He then jumped a brilliant clear round the show jumping and moved up to a super 8th place! Watch our round here:

Snow Wind did another constant test and is getting better in the arena all the time, she scored a competitive 30.3. She then jumped a great round in the show jumping and was really unlucky to have the last fence down. She then jumped a lovely confident clear round around the cross country, having had a fence down I didn’t chase her for the time and let her just cruise round for a few time faults.

Virage Des Falaises did a good test, but he was a little flat compared to normal, he scored a 30.9. He then jumped a good round in the show jumping and was like Snow Wind he was very unlucky to have the last down. Having been a bit flat in the dressage I was in two minds as to whether I should run him cross country but as he had show jumped well I thought it was worth running. Unfortunately he didn’t travel well and after having a stop half way round I jumped the next fence and decided to save him for another day as he really wasn’t himself. He is having a few quiet days and I hope he will be better in himself ready for Osberton next week.