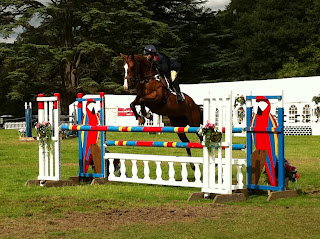 I had Bonne Amie, Zidante and General Opposition all doing the Open Intermediate. After the dry weather and hard ground we had a bit of a contrast at Highclere with the heavens opening!!

Bonne Amie went very well in our first OI together she did a nice relaxed test with a couple of mistakes to score 31.4. She was then very unlucky to have one down due to getting stuck in the mud in the treble. She then went very well cross country to jump a lovely clear with a few time faults due to the ground being so wet.

General Opposition did a great test to score 28.2. Then got very stuck in the mud and had a couple down which was a real shame. He then had a very uncharacteristic 20 penalties on the cross country after struggling up the distance through the step combination. 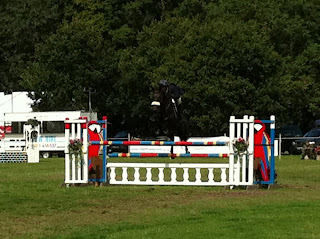 Zidante did the leading test of the section to score 24.6. She then jumped her socks off in the mud to jump a great clear. I decided not to run cross country as she was late on in the day and the ground had become rather heavy and deep in places. 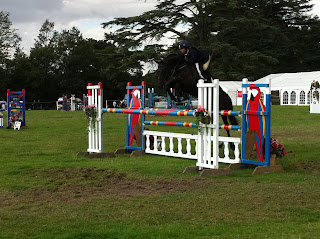