Up at Lincoln we had Zidante, High Havoc and Bonne Amie competing in the Open Intermediate sections. Zidante did a nice test to score 31.4 but made a few silly mistakes, mainly not standing still in her halts! But she did have an excuse, we did our test in a heavy rain and hail storm!! She then jumped a super double clear in tacky ground conditions, because of this I didn’t run too quickly which left us in 10th place. Watch some of our cross country by following these links:
http://youtu.be/RVbl-Z8lXYQ
http://youtu.be/oU0p5vsDzvM

High Havoc also went really well. He did a 31.8 test, he did some lovely work, but was a little cheeky in the medium canter, where he bucked and kicked out at my leg!! He to did a lovely double clear, but again I just went slowly so this left us out of the placings. 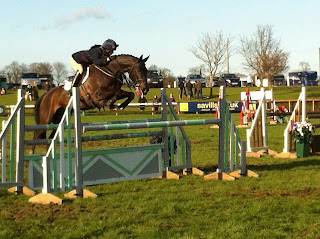 Bonne Amie did a much better and more settled test than at Tweseldown, her first outing and scored 33.6. She then did a great clear show jumping. Unfortunately we had brake failure on the cross country so I decided to pull her up and have a re think of her bitting. 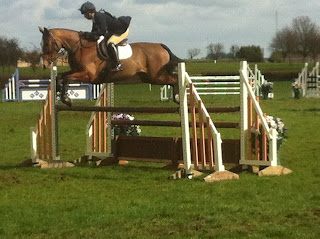