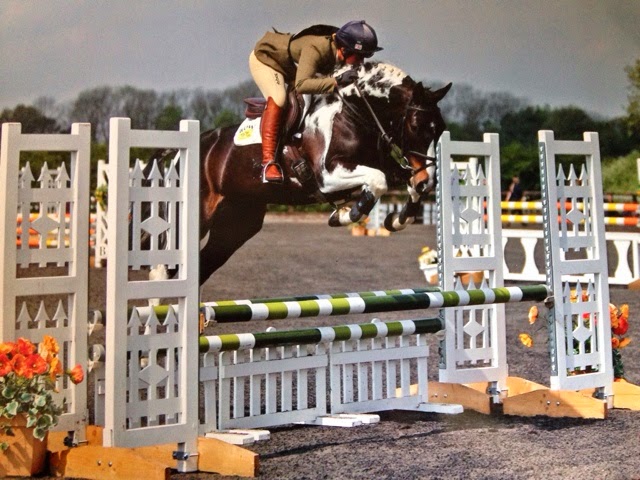 I had two first timers in the BE90 at Moreton Morrell, Killossery Karisma and a super pony who is a brilliant FEI prospect called Fivale Indian Art.

Killossery Karisma did a beautiful test for his first time in white boards and scored a very competitive 26.5.
He jumped a lovely round in the show jumping and was very unlucky to have the first fence down when he was just a little gobsmacked by everything and not quite looking at the fence.
He then jumped a lovely confident clear round the cross country and is moving up to do a BE100 in his next run.
Fivale Indian Art was not only doing his first event, but also his first ever competition!! He did a very solid test showing lots of promise, he just lost a little concentration at times when horses jumping round the cross country went through the water as it was very close to his arena. He scored 34.5.
He jumped a beautiful round in the show jumping and was extremely unlucky to have one down, when we got a little unbalanced and disunited round a corner.

Fivale Indian Art – showing his super technique and why he was so unlucky to have one down!

He then gave me a lovely mature ride round the cross country and made it all feel very easy. His next run is also a BE100. Both finished just out the placings, but I was delighted with their first runs.