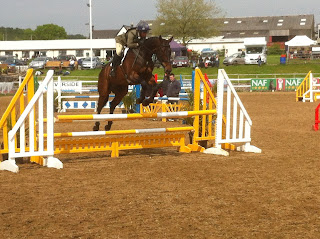 I had Mo Cuiske, Mad About U and Ceylor LAN doing the BE100. Mo Cuiske was rather full of himself and was a little cheeky in his test and scored a 37.5 which put him a little of the pace. He then continued to be rather exuberant in the show jumping and had one down through a lack of concentration. He made up for it though in the cross country and gave me a fab ride. Please follow the links to watch some of his round.

Mo Cuiske
Mad About U was a superstar and did a fab test to score 25, he then jumped a lovely grown up double clear to finish on his dressage and to win his section well. Follow the links to watch him cross country:
﻿ 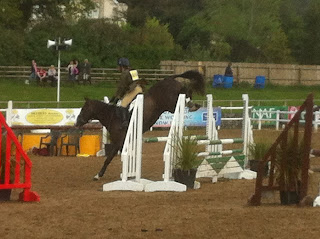 Mad About U – Getting some air!! 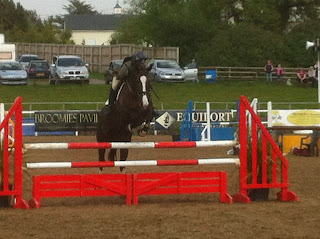 Mad About U
Ceylor LAN was a superstar as well. He was in the 5yr old Lycetts qualifier class and scored a 26 in the dressage which was the leading test of the section. He then jumped a fab double clear and finished on his dressage mark to win his section and qualify for the 5 year old Championships at Osberton in October. What was extra special and nice about his win, was that Diana Bown one of his owners organises Mount Ballan and has been waiting for over 30 years of running events for one of her horses to win at her event!! Watch Ceylor LAN by following these links:
﻿