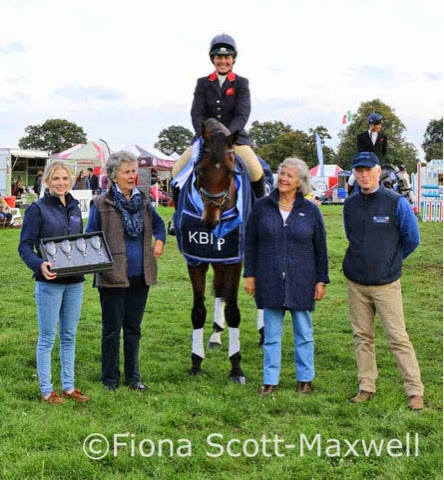 The week didn’t totally go to plan. Vendredi Biats did a very good test although a little green in places the big atmospheric arena. He scored a very competitive 31.3, which was just a few marks of the leader who was on a 28.
He then jumped very well, but had two uncharacteristic two fences down. Both were towards the commentary box which he was looking at and lost a bit of concentration.
Unfortunately the cross country didn’t quite go to plan either! We had a very annoying stop at fence three, some rails! He stopped about six strides away when he suddenly caught sight of the witch behind the fence which was part of the decorations. Once he had got over the shock of spotting a witch he trotted forward and jumped the fence nicely. He then jumped foot perfectly around the rest of the course and finished very happy. He is now going to have some fun doing a bit of cubbing before having a well earned holiday.
Mo Cuiske did some nice work in his test, but got very excited in places which let his good work down. He has done so little this year after fracturing his hind pedal bone in march and he just couldn’t quite contain his excitement about being at a three day event again. He scored a 53, which left us half way down the order. As he wasn’t in an overly competitive position and the course hadn’t changed a huge amount from last year so he wasn’t going to learn much his owners and I decided to save him for another day.
Creevagh Cooley worked beautifully all week, but couldn’t quite hold it together for her test. After her big win at Gatcombe she was rather pleased with herself and was being some what of a show off in her test. She did some nice work but also made some mistakes when she didn’t quite want to listen to me. She scored a 50.6 which was a little disappointing as it want nearly as good as she can do.
She then jumped a lovely clear in the show jumping. As she has had a busy year and has achieved so much in her first season eventing we decided not to run her cross country as she didn’t need another run after her fantastic round at Gatcombe. She is now going on a well deserved holiday.
Ceylor LAN was the star of the event though. He did a fantastic test, he showed real expression and felt completely rideable. He made one small mistake in a simple change when he did a lovely transition to walk then thought I had asked for halt, other than that he was nearly perfect. He was rewarded with a brilliant mark of 36.7 and led the class by five marks!
Watch our test here:
He then show jumped a lovely easy clear in the show jumping and could really have done with them being a bit bigger.
Watch our round here:
He then gave me a fantastic ride round the cross country. The track was relatively straight forward and galloping, which was perfect after a twisty turny and slightly trappy track at Gatcombe. He was foot perfect the whole way round and felt in great form. He finished on his dressage score and won his third age title on the trot. 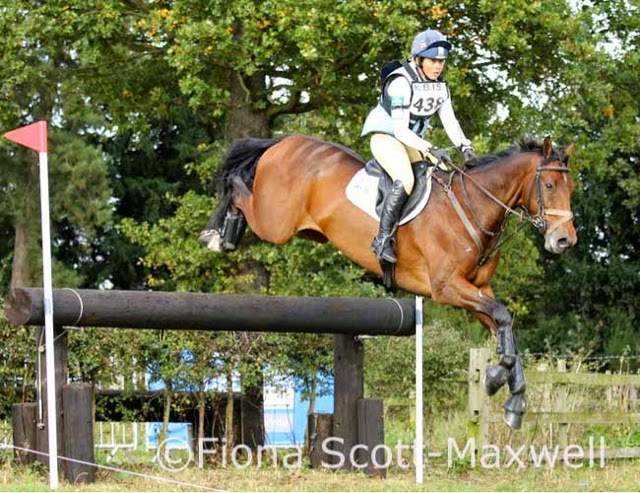 He has now won the 5, 6 and 7 year old Championships a fantastic achievement which I am extremely proud of.
Watch our round here: