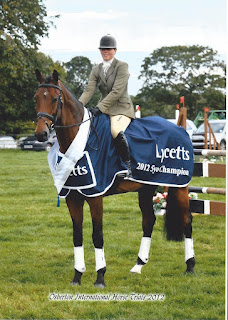 Ceylor LAN was having his last run of the season and was an absolute star again. He produced a lovely test and scored 26 to lead the very competitive 5 year old championships. He then jumped a very grown up clear in the show jumping in a very atmospheric arena and kept his lead going into the cross country which was run in reverse order of merit. The cross country wasn’t too testing for what he has done this year and he jumped a lovely clear inside the time to take the National Five Year Old Young Horse Championships!! He is now holder of both five year old titles and is going to have a well earned holiday over the winter. 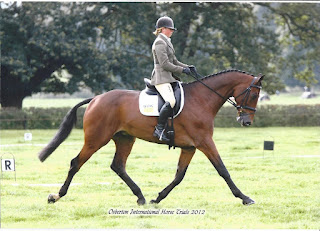 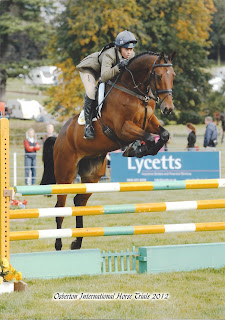 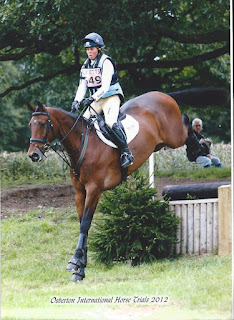 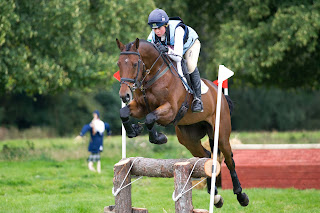 Andrassy Echo was competing in only his second ever event at the championships and took it all in his stride. Although he is a little green still he did a very sweet test with just a couple of errors towards the end, he scored a very respectable 33. He then jumped his socks off round what was a very large track for him at this point in his training, he had a very unfortunate one down when I got him in far too close to and oxer, he had no chance and came down on the back rail which was such a shame as he didn’t deserve to have one down as he jumped so well and tried so hard. He gave me a lovely confident ride round the cross country and completed with a lovely clear. He finished with a real smile on his face and seemed to have really enjoyed his experience. He is now for sale as Ben my husband owns him. 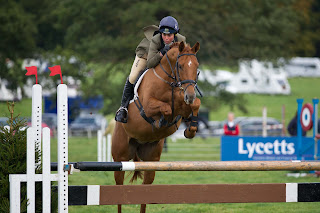 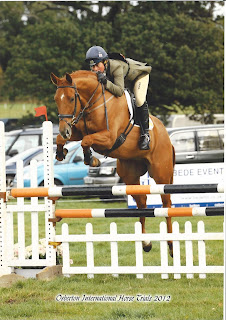 Mo Cuiske was competing in his first International competition and took it all in his stride. He coped very well with the main arena and didn’t get nearly as tense as I thought he might. He made one unfortunate error in his test which was a shame as it was rather a large one!! He completely miss understood my aid to go into canter and got into a bit of a pickle!! The rest of his test was very nice though and he scored a 53.1. He then jumped fantastically both in the show jumping and across country round two tough tracks that were a big ask for him. He made them both feel easy and I am now looking forwards to next season with him.

Bonne Amie did her test on Wednesday and produced her best CCI** test to date, scoring a 48.6 which left us in a competitive 16th place after the first phase. Unfortunately Bonne Amie let the occasion rather get to her on cross country day and wasn’t her normal self. We have been working hard on getting her to relax and focus on what she is jumping all year and she has been getting better and better, but Osberton didn’t quite come off as planned. She didn’t relax and focus from the outset, which meant she produced some poor jumps and had a couple of near misses. After getting to about three quarters of the way round she had an annoying glance off as she hadn’t focused on what she was jumping and had not seen the last element of the combination, which she ran by. After this run out I decided to call it a day and retire as she clearly wasn’t on form for what ever reason. This was a very disappointing way to end the season with her for owner and everyone involved.