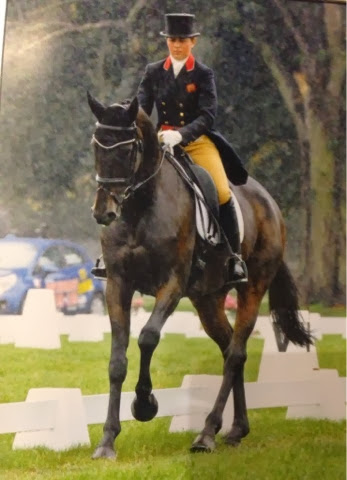 Up at Osberton I had three fantastic horses all competing in the age Championship classes. Mo Cuiske was doing the seven year old championships which was held round a CCI** track.

Caeleste and Ceylor LAN were both doing the six year old championships which was held round a CIC*.
Mo Cuiske was competing in his first CCI** and was outstanding. He was second to go in his test and went in atrocious conditions. To say it was wet was an understatement!! I’m not sure I have been that wet for a long time, the rain made my saddle extremely slippy and I did feel like I was sliding everywhere. None of this seemed to affect Mo Cuiske though and he produced a very solid test and scored a very competitive 47.6 which left us in equal third. I didn’t ride him as forward as perhaps I should have done, but the ground was pretty greasy and I was probably a little more cautious than in normal conditions. I was thrilled with how he coped with the conditions and atmosphere though. Watch our test by following this link:
http://m.youtube.com/watch?v=sutkGiEYBbQ&feature=g-soc

On cross country day the weather had thankfully improved a lot and the ground was perfect. Mo Cuiske skipped round the course like he had been doing two star level all his life and made nothing of it. We unfortunately got held two fences from home and I had to stop my watch. I knew we were well up in the clock and as we were on an equal dressage score with another competitor I knew I had to finish as close to the optimum time as possible. Because I had to stop my watch when I was held, I couldn’t be as accurate as I would have liked when I was restarted and unfortunately I was too quick and further from the optimum then the person I was in equal third with. So although I had my best cross country ride this year on Mo Cuiske we dropped to fourth. This was a little disappointing as Mo Cuiske didn’t deserve to drop a place after such a foot perfect round. 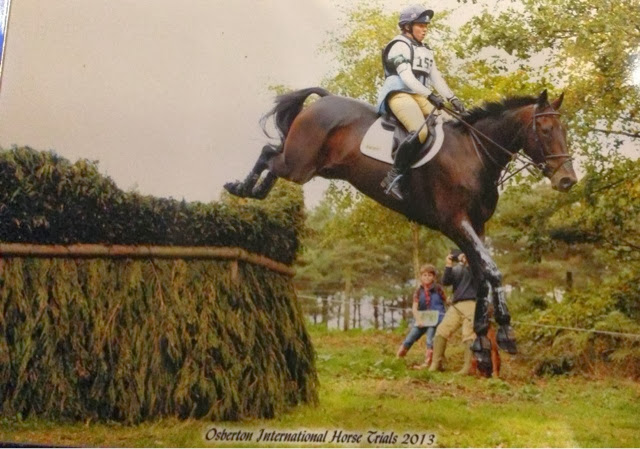 On the Sunday Mo Cuiske trotted up really well and felt great in his Show Jumping. He jumped a brilliant clear and found it all pretty easy which was fantastic. His super clear moved us back up to third. This was a brilliant result for his first CCI** and I couldn’t have been more thrilled with his performance over the whole week. I was just disappointed that I let him down by being a little quick cross country which prevented him from finishing second. Watch our show jumping by following this link:
http://m.youtube.com/watch?v=eaDnFZY6tbc 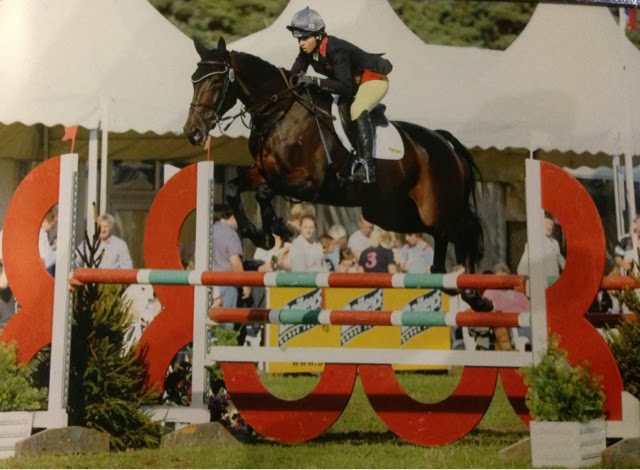 Caeleste was first to go in the six year old class and produced a lovely test to score 46.3 which left us just outside the top ten. I was very pleased with this as going first in a class of eighty plus is never the best draw to have. Watch our test by following this link:
http://m.youtube.com/watch?v=Hgq4TapeO5w
Caeleste then jumped a wonderful clear in the show jumping. It was her best round to date and just skipped round for fun. Watch our round by following this link:
http://m.youtube.com/watch?v=4GwaN_hoc18
Cross country was on Sunday morning and Caeleste was super once again, she jumped a lovely clear but picked up 3.6 time faults which dropped us to 11th place. She just felt a little tired after her run the week before at South of England and I think stabling up at Osberton for the week took quite a lot out of her mentally. I was extremely pleased with how she went though. This is her first season eventing and she has taken everything in her stride and progressed from BE100 to Intermediate effortlessly, quite an achievement for just six years old.
Ceylor LAN was his usual super self and produced a lovely test, he made one small error where he miss understood an aid and popped in to canter early. But his work was of very good quality. He scored  38.5 which left us in equal first with Ian Wills. Watch our test by following this link:
http://m.youtube.com/watch?v=ywPheSUTCCo 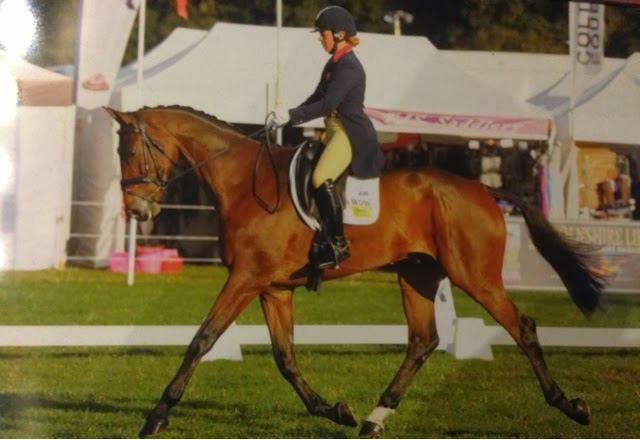 Ceylor LAN like Caeleste jumped a brilliant clear in the show jumping, Ian also jumped clear so the pressure was on going into the cross country. Watch our round here by following this link:
http://m.youtube.com/watch?v=vcgc7sPCGeA 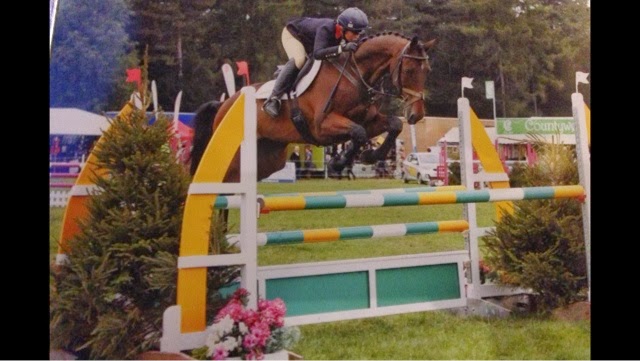 Cross country was run in reverse order so Ceylor LAN and I were last to go. I knew we needed to finish as close to or if possible on the optimum time to give ourselves the best chance of winning. After going too quickly on Mo Cuiske I was damed if I was going to make the same mistake twice!! Ceylor LAN gave me a great ride and we managed to finish bang on the optimum time. This meant we had won the six year old title by the smallest of margin. In doing this Ceylor LAN has now one both the five and six year old titles, now just the seven year old one to go!! 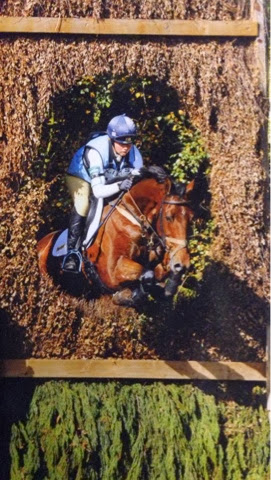 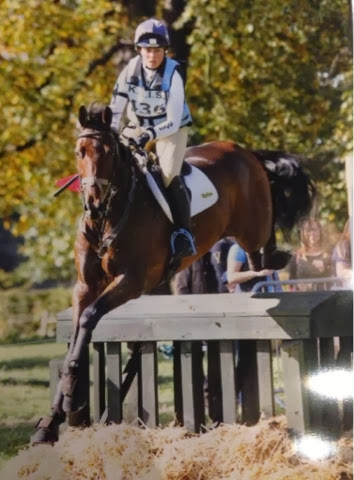 I couldn’t be more delighted with all the horses over the week, all performed to the best of their ability and have finished their seasons on great notes.