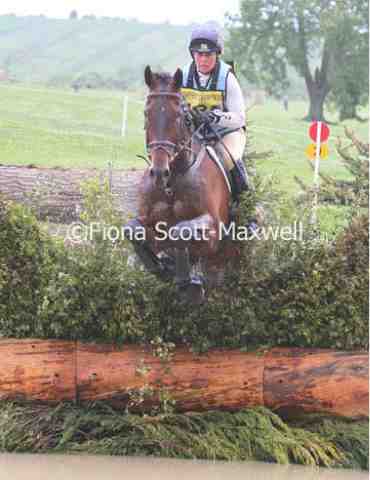 Mo Cuiske was fantastic and managed to win his first ever event!! His dressage was interesting, we scored a 32.3 and in the process scored a 0 and a 9!!! He did some stunning work, but had a slight panic attack when he entered the arena and halted, he got the shakes then struggled to move off!! After that he was fab.
He then jumped a fantastic round in the show jumping and was very unlucky to have one down. When I came out I thought he had jumped clear until they announced 4 faults. He then jumped clear round the cross country inside the time making it feel like a walk in the park. It was a tough track causing a lot of problems, so I was thrilled with how easy he made it feel.

Persimmon was a little fresh and feisty, he was having his first run back after Tattersalls and was a little full of himself!! He also scored a 32.3. He made up for his freshness in the dressage by jumping a superb double clear and finishing on his dressage for 2nd place. 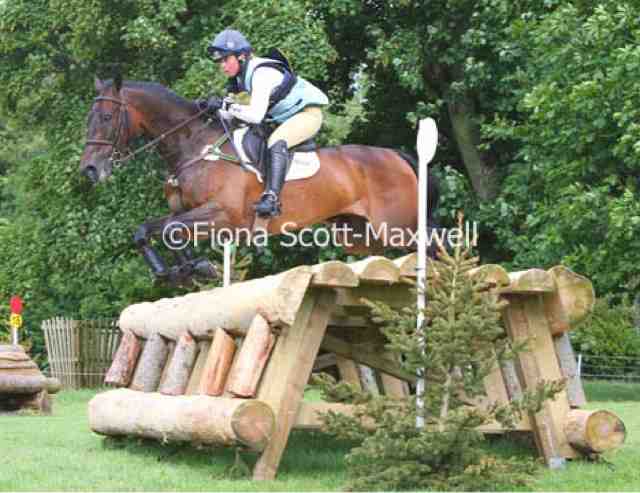 Bondi Beach did a lovely test, he stayed very relaxed and soft. His balance is improving all the time and I felt it was his best test to date, he led the section on a 26.5.
He then jumped a lovely clear in the show jumping.

He then gave me a great ride in the cross country, it was a tough Novice track and we had a very annoying 20 penalties at some angled houses which he miss understood, but he jumped it very well the second time.

Caeleste was very early in the NRF section, she did a very good test, just showing moments of greenness at this higher level. She scored a 30.9.
She jumped a nice round in the show jumping, but was quite in season and got a little tight and had an annoying fence down.
She flew round the cross country making it all feel very straight forward. We picked up 0.4 of a time fault and finished in 10th place and ensured a qualifying spot for Gatcombe Novice Championships.
Ceylor LAN is being so consistent this season. He did a very good test and is really not finding the step up to Intermediate to taxing. He scored a super 25 and led the section.
He then jumped a fantastic clear in the show jumping, he jumped really well and felt very mature and grown up.
He flew round the cross country inside the time. He to made it feel incredibly easy and took nothing out of himself. He won the section and is also now qualified for the Gatcombe Novice Championships  as well. I am really pleased to have both my super six year old qualified for Gatcombe.