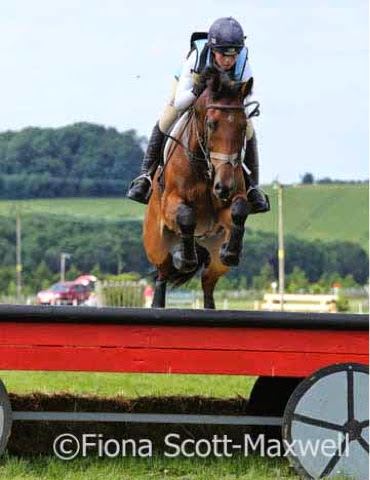 Ceylor LAN was a star once again. He did a superb test and really enjoyed being in a big arena again. He did some lovely established work and was rewarded with a great mark of 22.7.
He then jumped a wonderful clear round the show jumping track which was causing a fair amount of trouble. He made it feel easy and was so confident in himself.
He then flew round a beautifully presented course that had plenty of educational combinations. He would have learnt a lot from the course and although some of the fences would have been new to him he made it feel all very easy. He picked up a few time faults as I wasn’t chasing for the time, but this was still good enough for him to win the section very comfortably.

Persimmon was having his first run since Bramham, he was feeling rather jolly in the dressage and made some silly mistakes. He thought it was very boring doing a test with no changes so popped some in to spice the test up!! He scored a 36.7.
He then jumped the most beautiful clear in the show jumping. It was his best round of the season so far, he was so balanced and gave them all feet to spare.
He jumped brilliantly cross country and popped through the water with out a care in the world, this was a huge relief after our two unfortunate tip ups at our three days in the waters. He felt very confident which was great. We had an annoying glance off at the double of corners, we had a misunderstanding but he jumped straight through on the second attempt once he understood where he was going.
Creevagh Cooley did a very pleasing test and showed more improvement again. Unfortunately the judge didn’t agree and we scored a very disappointing 43. I was a little shocked when I heard our score in the show jumping but after looking at the score board and noticed that not one of us in the first ten tests got a sub 40, I wasn’t quite so depressed!!
She then pinged round the show jumping and jumped another clear, so far she has had 9 clears from 9 starts!!
She then whizzed round the cross country and again made it feel easy. She was completely straight at all the corners and arrow heads and now feels like she is nearly ready to step up to Intermediate. Even with her awful dressage mark and a few time faults she still finished 7th.
Watch her cross country round here:
https://www.youtube.com/watch?v=Mhp3FnHFYzU&list=UUu2ICZ05tRjEVzc9MTtSssw