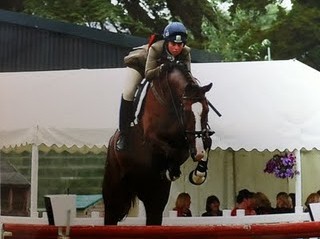 Mad About U a new addition to the yard was having his first ever run at Stonar. He is a lovely four year old that Ben Walden purchased about a month ago from Ireland. He is relatively green but has a fantastic attitude. He was competing in the Lycetts Four Year old qualifier and went brilliantly. He scored 29 in his dressage then had an unlucky rail down in the show jumping. He popped round the cross country very confidently and really enjoyed himself!! This was all good enough for him to win his first ever outing!!

Not to be out done Persimmon also won his section. He was competing in the Novice and did a super test and brilliant double clear to finish on a score of 29. This was his second Novice win on the trot and his fourth win of the season!! 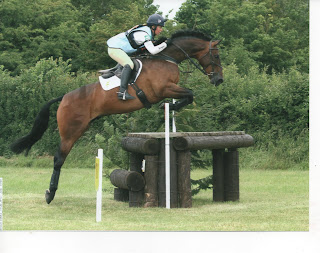 Eros Moon and Amsterdam were both in the BE100. Eros Moon did a lovely test to score 22 then had two down which was a real shame, but the prize giving was going on as he was jumping and he just lost a bit of concentration. He then flew round the cross country to finish 2nd.

Amsterdam also did a lovely test and scored 29, he to had two down due to jumping too big into the combinations. He also gave me a great ride across country and finished just outside of the placings.